Whenever I get stuck while thinking about an issue, I starting thinking about it in the other language I know… then things start to get moving. This happened to me while struggling to understand and appreciate Graham Harman’s “vicarious causation”. To refresh my mind, I decided to try and build up to it in Arabic. So as I began to furnish the stage with the appropriate Arabic terms, I went on a tangent that I quite enjoyed.

Thinking about Space and Time in Arabic 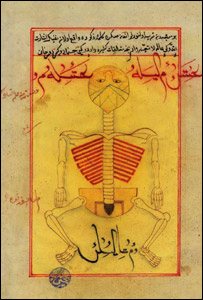 Interestingly, Arabic has a provoking usage of terms to reflect spatiality and temporality. The root Q-B-L is used for “front” and “before”, while D-B-R is used for “back” and “after”. This is counter-intuitive, and the best way I found to describe it in English was to use anterior and posterior. “Anterior” is used to reflect the front side, or “ahead of”. However, “antiquity” is used in reference to the past. Conversely, “posterior” is used to reflect the back side, or “behind”, while posterity is used in reference to the future.  This reflects the usage of Q-B-L and D-B-R in Arabic.

Now this is counter to the way we tend to imagine the relationship between space and time. Usually, we think of forward and future on-the-same-side-and-opposite-to behind and past. However, anterior/posterior provide a radically and paradigm-shifting perspective. I find the word “before” to capture this different perspective. Before-ness refers to that which is spatially in front of you as well as temporarily in the past.

The image that unfolds thinking this way, is not of a person facing and heading into the future, but rather a person being dragged backwards into the future while facing the past. To succinctly express this image I would say: “Future is after you and will soon be before you”.

If that is the case, then After-ness is that which is not experienced, because it has not been encountered yet (or was encountered but forgotten?).

Let’s say that I wear my 360 optics and look at the horizon. The landscape is before me, as I am experiencing it, it is all Before me. While doing so, there are numerous changes that are occurring, each of those changes, each new experience is an After reaching me and becoming Before me. In this scenario, I am passively experiencing the ever-arriving Before. If this were not a serene horizon I was watching, but a war zone for example, then I would be apprehensive of what might happen. I would not know what will enter, or push itself against the screen of my experience. That apprehension is an alternative way I understand Angst. For in this case, Angst is not the “dizziness of freedom”, but the “apprehension of helplessness”.

Error: Twitter did not respond. Please wait a few minutes and refresh this page.